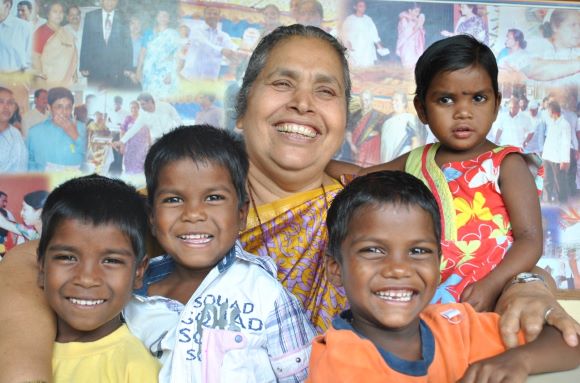 Imagine a pregnant woman knocks on your door at night. She is scared of her violent husband. You want to help but you are not allowed to let somebody into the house after dawn. Ultimately, you send her away with the promise to help her in the morning. On that same night, her husband pours kerosine over her and burns her alive. The neighbors are screaming. You run out of the house, manage to bring her to the hospital where she and her unborn child die.

What would you do then?

How would your life look like after such a tragic event?

This is what happened to Sister Lucy, founder of Maher. After this experience, she vowed not only to never send somebody away again but to dedicate her life to help women in stressful situations. In 1997 she founded Maher, a community and interfaith organization for abused and destitute women and children, headquartered in Pune, India. 22 years later over 4.000 women and children have passed through the Maher experience. Maher is a UN registered NGO and Sister Lucy Kurien has received many awards including the DCCIA Award for Excellence in Social Service 2010 and Global Women’s Leadership Award 2011. In May 2017, Maher was granted a “special consultative status” with the United Nations Economic and Social Council (UN-ECOSOC) and Sister Lucy has had the opportunity to meet with Pope Francis on different occasions.

In the spirit of the taskfarm concept Sr. Lucy Kurien was invited to the interview by Christine Lendorfer.

What does Maher mean?

Sr. Lucy: ‘Maher’ is a Marathi word and means’  Mother’s Home.’ We wanted to build a haven of hope, belonging, and understanding, where we help destitute women, children, and men from all over India, irrespective of gender, caste, creed, or religion. Currently, Maher has 48 short-stay and long-stay homes in several Indian states. We house over 900 street children, more than 350 impoverished women, including 130 mentally ill women picked from the roadside and more than 80 impoverished men. At present, we are housing around 1.500 persons. 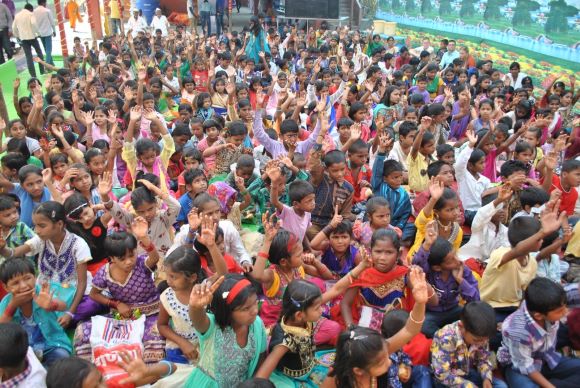 Sr. Lucy: Initially, we didn’t think of housing or help for men but passing by, we saw men sleeping in the street, and it so happened that I once saw a man dead on the road. That was the moment when I decided to start homes for men as well.

How do people come to Maher?

Sr. Lucy: Until today, we’ve never sent anybody away. When we run out of room, we’ll open up a new home.

How long do they stay?

Sr. Lucy: They can stay till their problems are resolved. We don’t have rules on that. In India, for women to leave their homes and walk away from their husband is a big stigma. That’s why women usually stay at their houses. If they leave, it means the situation is very genuine. We try to help them to return home fast. If they can’t go back, we provide various training programs for them, and then we employ them, for example, as caregivers for children.

You have a catholic upbringing and live your life as a catholic nun. How do you deal with people of other faiths?

Sr. Lucy: I was brought up in a traditional catholic family, then joined a catholic organization; I had no clue how to instruct someone with a different religion in their prayer. But I knew that my children needed spiritual orientation. I wanted them to have a holistic experience, but I didn’t know how to do that. At the same time, something inside me told me that I should not teach these children catholic prayers because it would make no sense to them. One night I came up with the idea that it is hanging now in all our houses. You see the symbols of all religions. All our prayers are addressed to the divine, not to a particular religion, all the songs we sing and all the prayers we say is to the divine. We celebrate all festivals, Divali as well as Christmas. 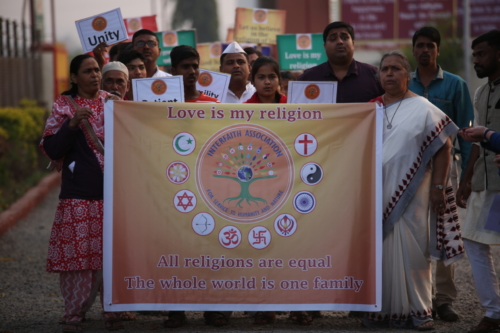 For a while, we practiced interfaith only within Maher. But then friends and donors noticed the children’s prayers and enjoyed their natural way of dealing with all religions. They asked me why I keep interfaith with Maher and not make it available for others. So now we have an interfaith movement.

What are your plans?

Sr. Lucy: We are working on avoiding having homes like Maher in the future. At present, it is needed. By putting our best effort into educating the children holistically and by living as examples of love, acceptance, and in connection with nature, we are working on changing the society so that Maher is not needed anymore. I believe that children need to be at home – they need the love of a home, not of an institution. But at present, in many cases, institutional care is very much required because children and women are still on the street. We have to create awareness to avoid this in the long run.
We have many initiatives to support this change and create awareness of people in the village, in the slums. We have a theater group that raises questions like, ‘why are we fighting over religion instead of sharing the beauty of all faiths?’ and gives different messages. We have plastic-free campaigns were we distribute upcycled Maher sari bags free of charge to help to reduce the number of plastic bags being used and to provide an alternative solution. We are planting trees in local villages and give out awards if the plants survive.

How is Maher funded?

Sr. Lucy: We earn money from selling our self-made products, but we are mainly founded by the people who donate for our cause from all around the world.

You have strong ties to Austria, how does that happen?

Sr. Lucy: Interestingly, the donation for our first house came from Austria, and we stayed deeply connected ever since. The Vienna International School, for example, has been supporting us for many years. Viennese students visit Maher to stay with us for some time to get to know our children and houses. These visits are fruitful experiences for all of us. 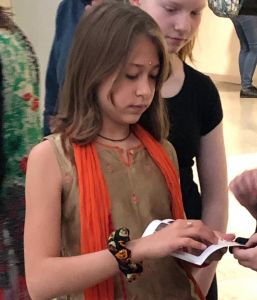 One of our children, Mangesh, is grown up now and wants to give back to Maher. He traveled to Vienna with me and stayed with an Austrian Family. Their youngest girl of eleven, Josephine, was inspired by him, by the story of Maher and touched by the difference of living in Austria and India. She went all by herself to the headmistress of her school and asked if she could organize fundraising. Children of her school donated for Maher. It is so beautiful to see how compassion and kindness travel around the world and especially how children are touched by stories of those who have less than they do. That makes me optimistic about the future. 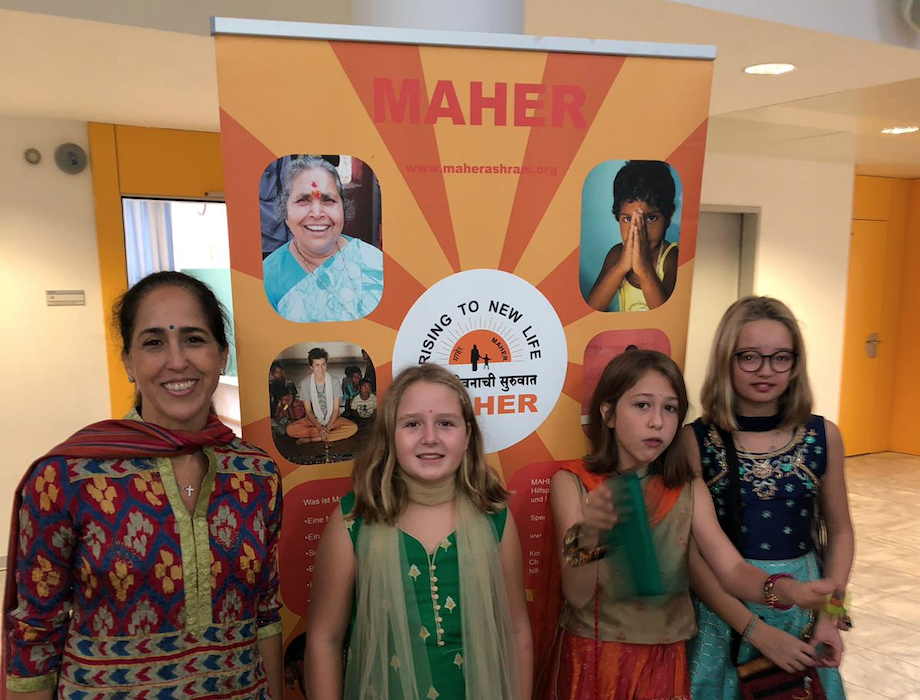 About:
Sister Lucy Kurien is the founder and director of Maher, a community and interfaith organization for abused and destitute women and children, headquartered in Pune, India. In recognition of her services, Indian President Pranab Mukherjee awarded Sister Lucy with the Nari Shakti (women empowerment) award on 8 March 2016. Other prominent awards include the DCCIA Award for Excellence in Social Service 2010 Global Women’s Leadership Award 2011, the Paul Harris Fellow and the Vanitha Woman of the Year Award. Maher and Sister Lucy was featured several times on Indian television, including the popular show Satyamev Jayate hosted by actor Aamir Khan, and also on Vatican Radio. In 2015, Sister Lucy was invited to attend the Clinton Global Initiative. In May 2017, Maher was granted a “special consultative status” with the United Nations Economic and Social Council (UN-ECOSOC). Sister Lucy has had the opportunity to meet with Pope Francis, Indian Prime Minister Narendra Modi and former US President Bill Clinton on different occasions. 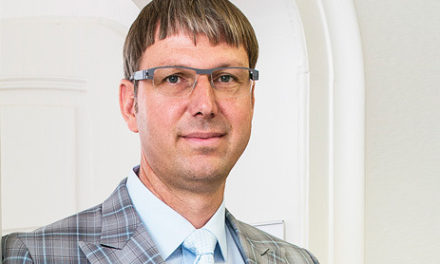 A world created from ideas, as immaterial resources are limitless 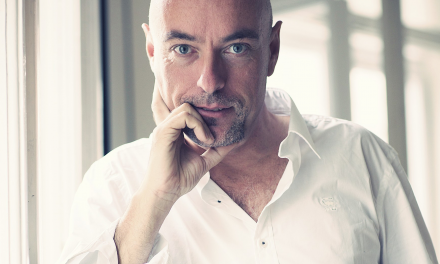 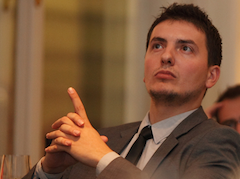 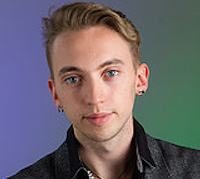 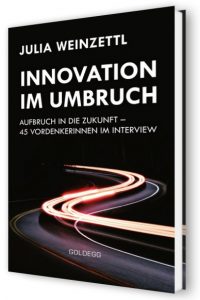