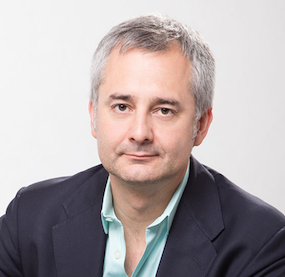 Network science or big data has already penetrated our daily lives. The most important areas where network science will be applied in the upcoming future are economics and finance, understanding human diseases and figuring out how the neurons in the brain are connected to each other, says Albert-László Barabási, Robert Gray Dodge Professor of Network Science, Northeastern University, Boston, MA.

What will be the most important fields of application for network science in the upcoming future?

Albert-László Barabási: I would mention three areas: one of them is obviously economics and finance. Much of the economic and finance world depends on the interaction of the different players and individuals – interaction between banks, institutions, the government and private companies. Only through a good mapping out of this network of interactions and understanding its dynamics we can help avoid future financial crisis.
The other area, which is already happening but will come in full force, is understanding human diseases. The genomic revolution has provided us with the genes and all the proteins in the cell but it hasn´t provided us with the information how the genes interact with each other and what´s the underlying network. This is such an important problem that we founded a new institute at harvard called network medicine. Its purpose is to bring the knowledge of networks to how we understand human diseases – how we design drugs – how we identify genes. The third area in the longer term that is equally important is the brain. Obviously much of our brain is a network of neurons but until not long ago we did not have maps of how the neurons interact with each other. Recently both the US and Europe have invested heavily in developing tools to figure out how the neurons in the brain connect to each other. Thinking about the underlying brain network will be unavoidable in this process. I think in a twenty to thirty year time frame that will bring us to a revolution to how we think about the brain.

How will network science add to predictability?

Albert-László Barabási: Predictability is only part of how networks science really works. If you think about the role of science the first step is to be able to measure phenomena then to quantify – that is to describe the behavior in mathematical theories and eventually the ultimate understanding is, if we can predict behaviour. So trying to predict behaviour is not an unexpected goal for a scientist. What is unexpected of course is if we try to apply this to human behaviour. Our goal is not as much to really explicitly predict human behaviour that can be done and is being done. Many of the online portals try to predict what you care about and show you advertisement accordingly. Many smart phones we have today are already applying predictive techniques. Many of these techniques came from the research we did ten years ago. My goal is here to what degree are certain human behavior patterns predictable. Some are more predictable than the others – ten years ago we did some research about human mobility. Our findings there were that where we physically are tomorrow at, let´s say, ten pm is very predictable. Our location and our daily habits are very very predictable with about 93 % accuracy. But at the same time we are curious – what are the other aspects of human behaviour that are predictable. Like can we predict what you are going to dream tomorrow? The answer to that is that it depends on the amount of data you can collect and it also depends on the underlying predictive power within the data. Our goal has been scientifically mostly to figure out where you can make predictions and what are the areas where you can´t make predictions.

In which areas is it possible to make predictions?

Albert-László Barabási: Human mobility is one of the areas we can easily make predictions. We showed in a paper in science in 2005 that you can very accurately predict location and time. Other areas where we don´t know whether we can predict is dreaming, like I said, because we don´t have enough data about those events.
Prediction is really a combination of data – how much data can you collect about the area you would like to predict as well as of predictive algorithm – how much predictive power is in the data set you collected. In my lab we mostly focus on the latter.
In the last few years there has been quite some activity in applying these predictive tools particularly in mobile devices. The basic idea is that your mobile phone will show you the information that you need at that location. Information needs are very different if you are at work or travelling or you´re having fun. The same information may be relevant in one context but not in the other one.

In what other areas can predictability be applied apart from mobile phones or online recommendations?

Albert-László Barabási: Health is one of the areas where we can start to predict the diseases that are coming towards an individual. It sounds like this prediction it´s a purely genetic and molecular question but it´s not, because a very high fraction of the source of a disease are environmental aspects. Environmental pressure is responsible for about 80 percent of the diseases. Knowing where you are and where you are moving around could actually add to the predictive power about the future diseases that you would have together with your genetic background.

How do you think our world is going to change by applying network science within the next five years?

Albert-László Barabási: Network science is already changing the world, for example many tools from network science are built into facebook and twitter. Many algorithms are not on a land post around us but they are really driving much of our behaviour and information access. But there are lots of big questions that we will deal with. One of them is control – how do you control the behaviour of a network? Which is really the ultimate manifestation to understand a system. Another area on which we are focussing is what we often call the science of success –  which is predicting and understanding which of the nodes are successful in a system. That ranges from researching how a successful scientist quantifies and predicts to where does success emerge in sports or in schools. The reason why this is a network science question is because success is really a collective feature. You´re successful if your community believes that you are successful and if the community appreciates your performance. Therefore the interactions you have with your environment are very important in your network to measure your success. There a lots of areas where network science is and will penetrate our lives but it is hard to estimate at what point we are in that journey.

About:
Albert-László Barabási is the Robert Gray Dodge Professor of Network Science and a Distinguished University Professor at Northeastern University, where he directs the Center for Complex Network Research, and holds appointments in the Departments of Physics and College of Computer and Information Science, as well as in the Department of Medicine at Harvard Medical School and Brigham and Women Hospital in the Channing Division of Network Science, and is a member of the Center for Cancer Systems Biology at Dana Farber Cancer Institute. A Hungarian born native of Transylvania, Romania, he received his Masters in Theoretical Physics at the Eötvös University in Budapest, Hungary and was awarded a Ph.D. three years later at Boston University. Barabási latest book is “Bursts: The Hidden Pattern Behind Everything We Do” (Dutton, 2010) available in five languages. He has also authored “Linked: The New Science of Networks” (Perseus, 2002), currently available in eleven languages, and is the co-editor of “The Structure and Dynamics of Networks” (Princeton, 2005). His work lead to the discovery of scale-free networks in 1999, and proposed the Barabási-Albert model to explain their widespread emergence in natural, technological and social systems, from the cellular telephone to the WWW or online communities. 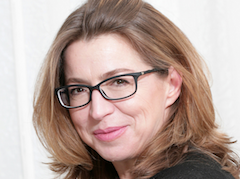 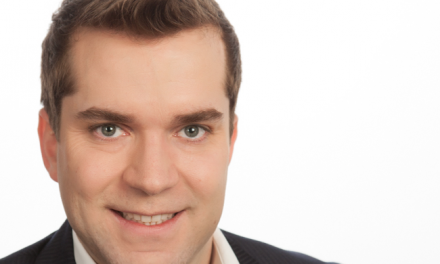