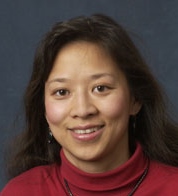 As wind energy becomes an increasingly higher percentage of the entire grid, Prof. Lucy Pao is researching how wind turbines and wind farms can help to stabilize the utility grid frequency. She shows a different approach on how to deal with expensive storage for renewable energy. The ‘pseudo storage’ doesn´t maximise the generation of energy available but derates it. By using only 95% percent of the power available, wind farms can respond to a request of the utility if there is a need for more energy and increase their power to stabilize the grid frequency. Next to that wind turbines will be looking differently in the future as Prof. Pao and her research group are working on a bioinspired design that is significantly bigger and more flexible than conventional turbines.

You are researching on controlling and improving the usage of wind energy?

Lucy Pao: There are a few different control systems on wind turbines. My research group works on how we can control all the different aspects to maximise efficiency so that each wind turbine can be as productive as possible. We are also looking at wind farm control, where most wind farms have their wind turbine space closer than it is efficient. Due to land constraints and limitations on space they place them very close – so they interact. If the front turbine is as close as possible to the turbine that is behind, the rear turbine will see less wind. We are working on coordinating the placement of turbines so that the wind farm can be as effective as possible. As wind energy becomes an increasingly higher percentage of the entire grid we are also researching on how wind farms can help to stabilize the utility grid frequency. In the current situation many renewable energy sources are intermittent and non-dispatchable, such as wind power and solar power which can only generate electricity while their energy flow is active. So the amount of energy obtainable depends on how much wind is available or how much solar radiation is available. The usual way to control wind turbines and solar energy is to try to maximise energy capture. We have been taking on a different view. Suppose you derate, you let some of the wind go by so that you generate maybe only 95 percent of the energy that you could gain. That gives some headroom, if the utility then has a need for more power, the wind farms can also respond to that request and increase the power to try to stabilize the grid frequency.

How do you think the usage of wind energy will develop within the next ten years?

Lucy Pao: The wind industry is relatively healthy. There is demand and a big push towards renewable energy to try to combat climate change. I think that the technologies nowadays are at a point where – also from an economic standpoint – they are really competitive to traditional sources of energy. So going forward with economies of scale the cost of wind and solar energy will continue to decrease. That development will lead to increased deployments.

We are also working on new designs for a new concept which we call Segmented Ultralight Morphing Rotor (SUMR) which will be at the 13 MW and 50 MW scales. We will be doing hardware testing of the new concept during 2017-2019 on a wind turbine rotor that will be built to our design specs and have 20-meter-long blades.

One of the main challenges for renewable energy is storage

Lucy Pao: This is why we are developing the concept of not generating the maximum of energy that we could generate. In some ways that´s a pseudo storage because we can increase wind or solar power if needed. In the near term that is probably more economical than the use large amounts of storage. Because storage at the utility scale is still very expensive right now. I think in the long term as storage research pushes forward the cost of storage will come down as well and at some point it´s worthwhile to use storage in combination with solar and wind energy.

Are you already implementing the `pseudo storage’ program?

Lucy Pao: In the US there aren´t many market incentives for wind to participate in stabilising the grid at the moment. We have the production tax credit. Wind farm operators earn this tax credit if they produce as much wind energy as possible and put it on the grid. They are paid in how much energy they put on the grid. There is no incentive for them to curtail down to 95 percent and let the wind go by so that they can help stabilize the grid. In the future when there are market incentives to pay wind farmers to support grid reliability so that they can make the money that they´ve lost by curtailing, then it will make sense for all players.

You are also working on offshore wind turbines and floating turbines?

Lucy Pao: At the moment there is still enough land to deploy wind farms but in the future the concept of offshore farms will gain more importance. The main concern about offshore or floating wind farms is hurricanes, especially at the east coast. I have a project looking at a new concept for wind turbines especially in hurricane conditions. It concerns offshore turbines only and is exploiting a new concept which is bioinspired. We are taking inspiration from palm trees as they bend into the wind as needed and can survive high wind and turbulent conditions. Normally the rotor is facing up wind but with this concept the rotor would be facing downwind and then the blades can close up under very high conditions.

What is your vision when it comes to your research?

Lucy Pao: My research is generally known as control systems with many different applications, wind energy is one of the application areas that I work in. From a research engineering point of view all the different areas I´m working on are fascinating, challenging and a lot of fun. But the wind energy application has a special place in my heart because I feel like I am doing something that has impact on humanity and helps combating climate change.

About:
Lucy Y. Pao received the B.S., M.S., and Ph.D. degrees in Electrical Engineering from Stanford University. She was a Hughes Aircraft Company Master’s Fellow and a National Science Foundation Graduate Fellow.
From 1983-1993, Dr. Pao spent periods of time working at the Naval Surface Warfare Center (Silver Spring, Maryland), Pacific Gas & Electric Company (San Francisco, California), Hughes Aircraft Company (El Segundo, California), AT&T Bell Laboratories (Holmdel, New Jersey), and The MITRE Corporation (Bedford, Massachusetts). From 1993-1995, she was an Assistant Professor in the Electrical Engineering and Computer Science Department at Northwestern University in Evanston, Illinois. Since 1995, she has been with the University of Colorado at Boulder, where she is now the Richard and Joy Dorf Professor in the Electrical, Computer, and Energy Engineering Department. She has spent sabbaticals at Harvard University (2001-2002), University of California Berkeley (2008), and the National Renewable Energy Laboratory (2009). Her current research interests are in control systems (with applications to flexible structures, wind turbines, wind farms, power converters, tape systems, disk drives, atomic force microscopy, near-field scanning optical microscopy and lithography); multisensor fusion (with applications to uninhabited autonomous vehicles, satellites, and automotive active safety systems); and haptic and multi-modal visual/haptic/audio interfaces (with applications to scientific visualization and spatial communication). 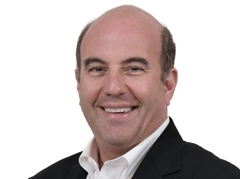 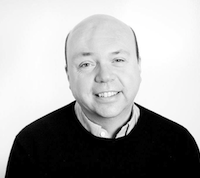 What evolves from digital connectivity? 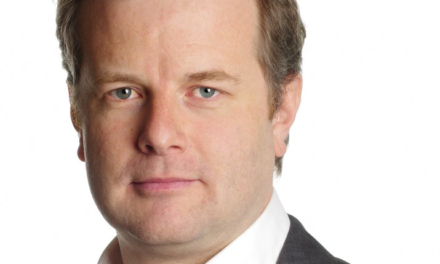